As part of my own personal Blogtoberfest celebration, I try to ingest at least 31 Halloween-appropriate movies or shows in October and share the list here, for anyone looking for ideas.

I think, given that I’ve already logged 24 spooktastic viewings, reaching 31 this year will be no problem. It’s a mix of new viewings, rewatches, kids’ programming for family time, and plenty of horrors, thrillers, and chillers.

In the parlance of Tik Tok, like for part two. 🙂

*The Last House on the Left (1972) – an infamous seventies slasher. Click here for a break-out post inspired by this viewing.

*The Last House on the Left (2009) – had to watch the remake for full measure. A great retelling; Aaron Paul makes an appearance.

*Goodnight Mommy – click here for a break-out post on this film, directed by the same team as The Lodge.

Nightmare Before Christmas – my daughter decided she likes this one, so we’ve been happily watching it on repeat since mid-September.

*The Worst Witch – a series on Netflix that’s also a fan favorite for the younger set. Fun fact — Headmaster Cackle is played by Clare Higgins, who’s been blogged here before.

*The Prodigy – creepy kid horror with a few solid jump-scares.

*Child’s Play (2019) – a revised retelling of the original with Mark Hamill on vox for Chucky.

*14 Cameras – More gross peeping-Tomism ramped up for the sequel.

Cabin in the Woods – Always a fun romp with Bradley Whitford.

*Pledge – Illuminati horror that borders on a comedy-horror thanks to some funny writing for frat bros.

*Border – I didn’t have much context going in to this one, and that’s a good way to enter. Just be warned that this Swedish fantasy-thriller-crime-feature gets weird.

*Wrinkles the Clown – a documentary, but unnerving nonetheless.

*Sinister II – Picks up more-or-less where Sinister leaves off. Not as good as the first, but a valiant effort with an appearance by Shannyn Sossamon  — who is considerably less bony than she was in the nineties. 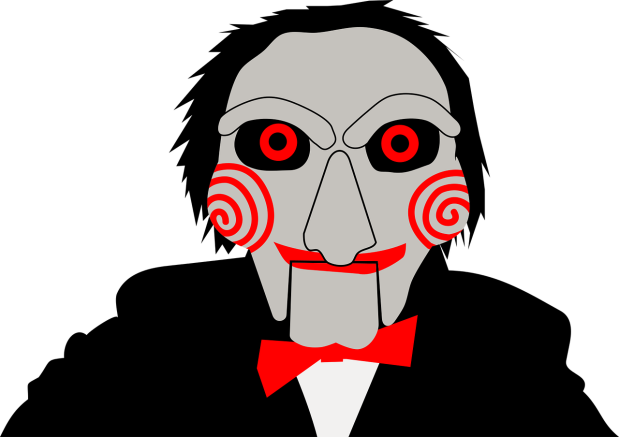 *Jigsaw – Basically Saw VIII, but a strong entry into the franchise — if not a little repetitive on theme.