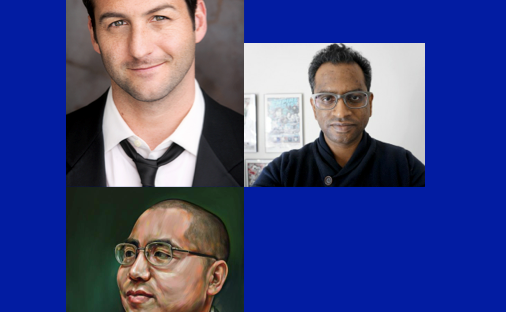 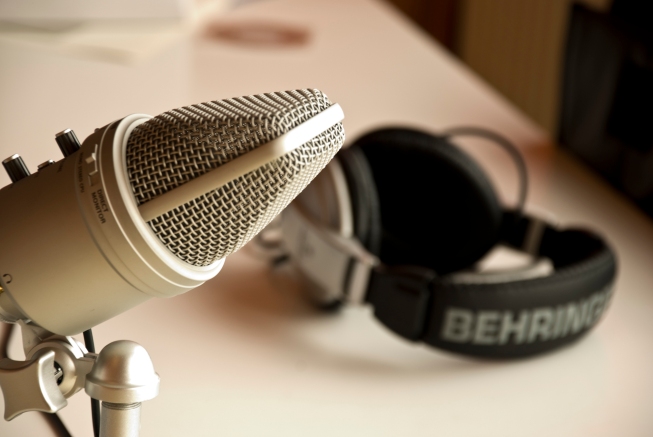 A few months ago I regaled you with tales of other people’s tales in my inaugural post of favorite podcasts.

I’ve added quite a few new shows to my iPhone since then, so an audio update is in order. In this edition, the common thread among all of these shows is they have great hosts as well as subject matter. It’s an important note, since podcast hosts are much more than mouthpieces… they’re also the writers, editors, producers, and promoters of their own original content.

That said, here are the four shows currently on the top of my Play Next queue. Let me know what you’re listening to, too.

A ‘cast after my own true-crime heart, Crime Time covers current events in crime news, analyzes trials, and discusses possible legal scenarios as crimes are investigated and tried. It’s presented in either a panel or one-on-one interview format with host Allison Hope Weiner, who keeps a good pace: reining in her guests in with a polite lasso and always keeping a set of well-prepared questions on hand (she’s a writer, so of course she does). This makes for a meatier podcast than most in this genre…opinions are given and discussed, but the facts serve as a strong scaffold for these often contentious conversations, so they don’t skid off the rails.

Focusing on politics, sports, and current events, Angry Mancave also serves up a healthy portion of culture in the form of music, movie, and book reviews, with plenty of nostalgia on the side. This podcast is hosted by two old friends of mine, Scott Eck and Pete Maguire, both of whom work in multimedia trades and also happen to have great radio voices. That sets the ‘Angry Mancavers’ above a lot of other free-form style shows; it’s also polished, planned, and diverse enough in topic for a wide variety of listeners, even Angry Wo-mancavers like myself.

Another true crime podcast that perhaps isn’t for everyone, as it’s graphic as hell. But if deep-dives on crimes of the near and distant past are your bag — and at 10 million downloads, Sword & Scale is apparently a lot of people’s bags — give it a try. It’s professionally researched, written, and narrated by show-runner Mike Boudet, who also uses music by unsigned or free-range artists in each episode, which adds a really nice (and unexpected) layer of depth. 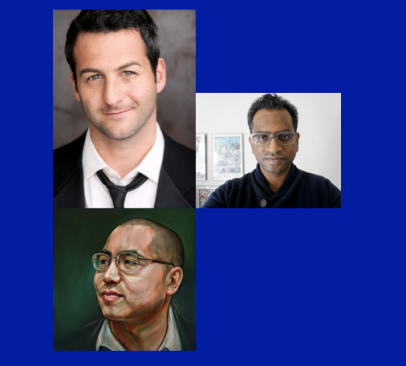 /Filmcast (‘Slash-Filmcast’) is the official podcast of Slashfilm.com, hosted by film bloggers/reviewers/journos David Chen, Devindra Hardawar, and Jeff Cannata. While most episodes revolve around the review of a current film, the first half of each show starts with a recap of the hosts’ media consumption from the previous week. That’s downright helpful in a mostly-streaming household, especially on a slow TV night, when it comes to Hulu and Netflix recommendations.

And now, a couple of PodJax updates:

Season Two of Serial is rumored to be dropping in ‘fall 2015…’ it being November 24, this could mean it’s coming tomorrow. Or in three months; who knows. Keep an eye (or ear) out for the next installment, which will be covering the Sgt. Bowe Bergdahl story.

It looks as though we’ll have to wait until summer 2016 for new episodes, but reddit is abuzz with news that a third host is being added.