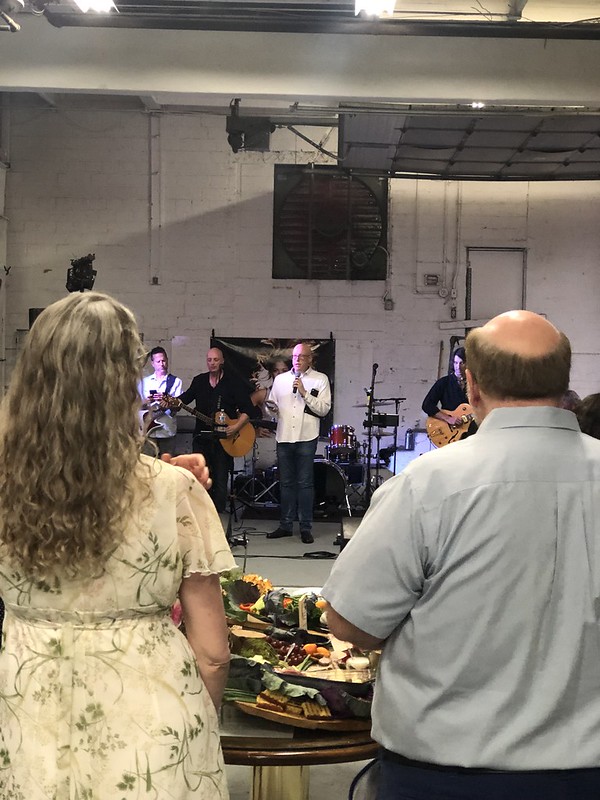 The votes are in and a winner has been chosen! Beat your hands on the desk or laptop briskly for a drumroll, please…

The winner is Natasha Clark, author of The Wicked Mrs. B!

Natasha is the founder of The Lioness Group, a full-service media relations firm in Springfield, Mass., and publishers of Lioness magazine. Natasha also manages the Partners in Education program at Springfield School Volunteers where she recruits the business community to get involved in the local school district.

It’s been another great Blogtoberfest season! Thanks to everyone who wrote, read, and voted … we’ll do it again next year.

Reblog at will… my friend Keith has suffered an artistic and financial loss due to fire, and a benefit party is being held at Springfield’s iconic Student Prince restaurant this month. Details below…

So much to publicize, so little time. The basics are this :

Benefit Fort Fire Party, October 24, 5 to 8 p.m. To be held in the new BIERGARTEN adjacent to the Fort and Student Prince.

Purpose of the benefit: Photographer Keith Sikes had his house and photographic equipment destroyed by fire. While he is covered for his loss, the insurance values artwork based on its frame rather than its content.

Included free at this event: Student Prince pub food, local music by Eagle Eyes, and a silent auction. Tickets available at the door for a donation (minimum donation is suggested at $10). The more we collect at the door, the sooner Keith gets started creating images. There will also be a silent auction for you to bid on great images at bargain prices.

Any photographers who would like to donate art for auction, please call Keith at 413-250-3738.

Photographer Lou Jones has photographed the sloping roofs of Japanese homes as well as inmates on Death Row. He’s trekked to the top of a Hawaiian hotel with his mother, 86-years-old at the time, in tow, so he could show her what he does for a living.

He’s been to Cuba as a journalist twice, dodged bullets in a Guatemalan civil war, and has spent time in thirteen international jails, all in the name of getting the perfect shot.
His latest speaking tour, planned around his new book Travel and Photography: Off the Charts, walks audiences through a slew of Jones’ photographs from locales across the globe – the Iowa State Fair followed by the City of the Dead in Cairo; Paris, France to Paris, Maine; the opulent shores of Waikiki to the dregs of Jamaica.

Just getting a glimpse at these amazing photos would have been enough. Every one of them is bursting with color and shot with a deep depth of field that still lets the subject pop, a talent I envy greatly. They’re also striking and strikingly accurate accounts of destinations all over the world, depicting people, places, and things. That proves that Jones is not only one of the best and most prolific photographers on the planet, he is also an accomplished documentarian of the human experience.

But beyond exhibiting his work, Jones offered some insight into the art of travel photography as well, and I was all ears – grasshopper ready to learn from the master.

• First, Jones says when in doubt, start with architecture. Look for details and interesting points of view, and use available light when possible. He said dawn and dusk are two of his favorite times to shoot, calling the light those periods provide ‘the gloaming.’ In addition, Jones advises:

• Walk. Jones says the best shots are found while wandering, and he’s worn out plenty a pair by doing just that.

• Respect the culture in which you’re immersed. That doesn’t mean you must learn every single turn of a phrase and cultural anomaly, but Jones says do the best you can. Research before you go, ask questions when you get there, and tread lightly when you’re unsure … that’s how he was able to get such images as a religious ceremony in Singapore – he remembered to slip off his shoes in the church – and of a Jamaican fisherman on his boat – he remembered to ask permission to shoot what was likely the man’s most prized possession. And in the case of a net weaver in the same country, he remembered to have a few bucks in his pocket in this impoverished region.

• Listen to your mentors. Jones recalled a time when a French teacher brought him to Paris and suggested a few shots of the Eiffel Tower – Jones refused, thinking it was too generic a subject. Upon returning to the states, he was inundated with requests for images of the tower. “Listen to the lessons,” he says.

• Wait. Some of the best travel photos come after minutes or hours of standing in the same place. Among Jones’ own examples are an image of a little girl running past the jetties of Martha’s Vineyard and of a private conversation in Cuba, both of which resulted from patience.

There were other lessons and many included in his book, which I bought without a second thought. But perhaps the best aspect of learning from Lou Jones was his readiness to teach, and to listen to others himself. He seemed genuinely interested when I talked to him a little but about my own travel assignments, and when I got home, I peeled back the cover of Off the Charts to read what he’d inscribed in my book, praying it would be one more nugget of knowledge and experience.

“Take small steps at first, Jaclyn,” he wrote. “Then, all will be revealed.”