First off, the topic of this post was totally inspired by Geek Salad Radio, which just released a top songs of 1986 podcast. That said…

It’s been 30 years since songs like Hip to be Square and Danger Zone graced our airwaves, and as such, a great topic for a weekly list has just been born. It also dawned on me as I researched that this is a great way to reconnect with some favorite albums and tunes… albeit, there was a lot of crap in ’86, including a surprising amount of awful albums by great bands. It kept happening — I’d be scanning the list of albums released in 1986 and see Queen! or Lou Reed! or The Cure! — and their terrible, terrible output that year.

But there was also some good stuff*, including several movie soundtracks, so read on for my top picks and check out GSR episode 124 for their full trip down lack-of-memory lane. 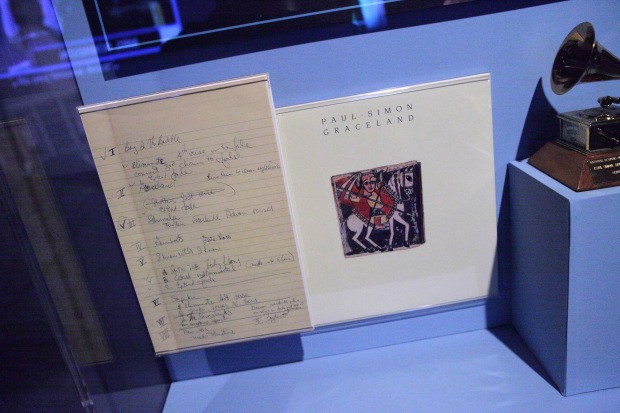 Graceland was one of the first albums (in cassette form) that my parents and I genuinely enjoyed together. It’s chock-full of great tracks: Boy in the Bubble, You Can Call Me Al, Under African Skies, Diamonds on the Soles of Her Shoes… great road-trip album.

Fun Fact: It’s on the National Recording Registry, having met the Registry’s admission criterion of being “culturally, historically, or aesthetically important.”

When You’re Born to Run, It’s So Hard to Just Slow Down

Back in the High Life Again, Steve Winwood

I’m pretty sure my sister introduced me to this album at a time in my life when she, as a hip college student, could do no wrong in my eyes. Its title track is actually on my list of top songs of all time, though. What can I say? This was an era of soft synth-rock and trench coats with big shoulder pads. It’s a great album, I have some cool memories attached to it, and dammit, I love it. It’s also great for cooking dinner to, for some reason. Also includes: The Finer Things, Freedom Overspill, and Higher Love.

Fun Fact: James Taylor is singing back-up on Back in the High Life Again.

Jockin’ Mike D To My Dismay

I love me some Beastie Boys, and this is by no means a charity inclusion just because they released an album in ’86. Licensed to Ill is easily in my top three BB albums, and includes Brass Monkey, Fight for your Right, No Sleep till Brooklyn, and Girls.

Fun Fact: This album was certified diamond a year ago.

There’s Only Two Songs in Me, and I Just Wrote the Third

This album is essential listening for any aspiring alterna-nerd of the new generation! It never charted, but has 18 (count ’em) great tracks to choose from. Don’t Let’s Start, Absolutely Bill’s Mood, Number Three, and a recently revived fave in our house: Toddler Hiway.

Fun Fact: There’s a free download of the 2013 live version of this album at Noisetrade.

This isn’t the Voices Carry album — that’s Voices Carry –but overall, it’s the better album. It has What About Love, Coming Up Close, and No-one is Watching you Now. It’s also on this list because Aimee Mann.

Fun Fact: Not long after Welcome Home was released, Mann guested with Rush on the song Time Stand Still, which went to No. 3 on the Billboard rock chart.

This is the World We Live In

It’s not so much that I am a huge Genesis fan, but this album has one of my favorite songs (and videos) on it — Land of Confusion — as well as plenty of supporting acts; In Too Deep, Throwing it All Away, and Tonight, Tonight, Tonight among them. All solid terrestrial car radio choices.

Fun Fact: The Land of Confusion video was nominated for Mtv Video of the Year, but lost to former Genesis vocalist Peter Gabriel’s vid for Sledgehammer.

I mean, come on. This was the height of Madonna’s career. All five singles reached the top five of the Billboard chart. It marked the first — first! — time Madonna entered the Guinness Book of World Records, as the top-selling artist of 1986. It includes Live to Tell, La Isla Bonita, Papa Don’t Preach, and Open Your Heart. 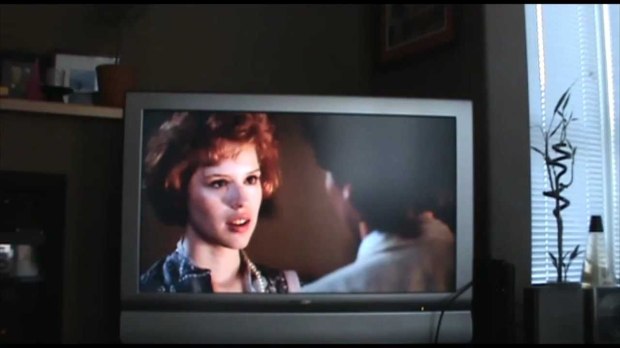 Good Times, For a Change

Disclaimer: I once made my own version of the Pretty in Pink soundtrack, complete with quote-soundbites, because the official version lacks some of the best music from the movie. The Rave-ups, for instance, are the band in the club Andie takes Blaine to on their first date and have not one but two great songs in the film that are left out in favor of Get to Know Ya by Jesse Johnson and Wouldn’t it be Good by The Danny Hutton Hitters. That said, there are still some winners on the original: Shellshock by New Order, Left of Center by Suzanne Vega and Joe Jackson, and Please, Please, Please Let Me Get What I Want by The Smiths. The latter’s absence would’ve been ok though, given that the song is in every John Hughes movie ever made and therefore readily available.

Fun Fact: Hughes changed the ending when the first attempt failed with test audiences, and the Psychedelic Furs wrote and recorded If You Leave to match the new ending in 24 hours. 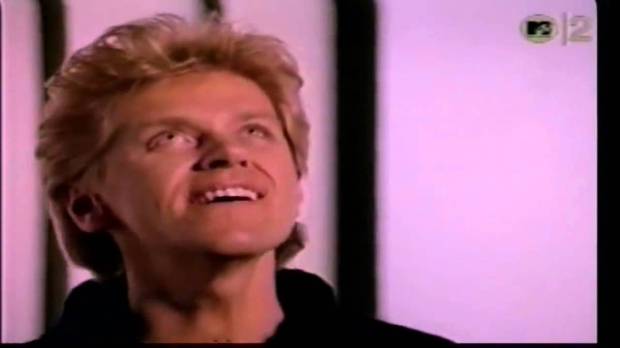 Take You to My Castle Far Away

I’m afraid I might lose friends or followers with this choice, but I can’t deny my love for that Cetera falsetto. It includes Next Time I Fall, a duet with Amy Grant and easily the best song she ever recorded, and there’s a Movie Alert again: Glory of Love is on this one, made famous by the equally saccharine Karate Kid II. Points for the album title, which is clearly a jab at the remaining members of Chicago, but minus one point for not being able to settle on one noun to illustrate the sentiment.

Fun Fact(s): Glory of Love was co-written by Cetera and producer David Foster. Depending on your age or media proclivities, he’s best known for: composing the St. Elmo’s Fire score, serving as chairman of Verve records, or being step-dad to both Gigi and Bella Hadid and Brandon and Brody Jenner.

So, what are your faves from the eight-six? Any on here you agree with — or disagree? Chime in.

* ~ ‘best of’ compilations and live albums have been omitted from my choices.