On the current season of South Park, one of running themes of the show is a fruit called ‘Member Berries, small grape-like berries that reminisce about the good old days in adorable squeaky voices.  Among the things remembered are items like “Remember Star Wars?” “Remember the 6 Million Dollar Man?” “Remember when there weren’t so many Mexicans?”

Lately, it seems like my Facebook feed has turned into an electronic ‘Member Berry. I know that the members of my generation are annoyingly susceptible to runaway nostalgia.  However, it’s my friends on the younger end of the spectrum…the ones only 5 or so years younger than me, that have taken their love of certain movies to a degree that I cannot quite fathom.  Here are a few:

This one is a complete puzzlement…especially since there seems to be a marketing renaissance for this movie that, by all accounts, was an absolute failure when it came out (the “You’re Killing Me Smalls!” apparel is a little overwhelming).  My only guess for why this movie has such happy memories for the 90’s hive is that is was the equivalent of the “HBO Classics” of my youth.  By the time this movie was released to video, it had all of the markings of a movie that mom put on to shut the kids up while she cleaned up or had to entertain gentlemen callers…

As a baseball fan, I can understand that a solid amount of history is important to the lore of the game.  But this film, where we follow a gang of lovable losers through their time playing ball in an abandoned lot and remembering the characters of the neighborhood, would have worked better as a heartwarming two part installment of “The Wonder Years.”

Teenage Mutant Ninja Turtles II:  The Secret of the Ooze 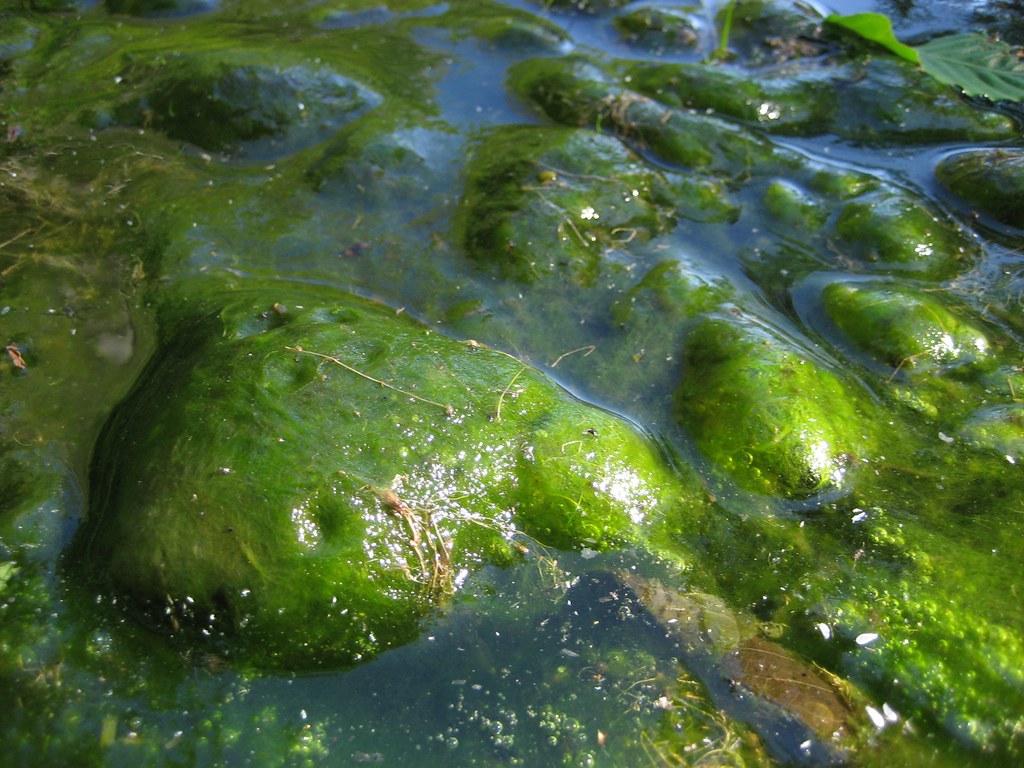 The original TMNT movie, released in 1990, was nothing short of a minor miracle.  Taking, what is essentially, a stupid idea; four turtles mutated in the sewers of New York by a biochemical agent that learn the ancient art of the Ninja while, all the while, enjoying a slice of New York’s finest (pizza….not police officers…), and made a tight, entertaining action comedy where the central characters, with the help of the Jim Henson Workshop, didn’t look like dudes in costumes.  The sequel, released a year later, primarily decided that the previous film wasn’t taking advantage of the inherent stupidity that could have been mined.

TMNTIITSOTO is the equivalent of the later, more awful, seasons of the cartoon.  First off, parents groups complained about the use of weapons in the first film.  Yes…they were upset that the ninjas were using non-lethal force with weapons.  So to counter this, the Turtles are tasked with using other, stupider tools as weapons.  In a deli shop?  Here’s a giant pepperoni!  Secondly, there is too much breaking the fourth wall, mugging for the camera, and just overall stupidity that sinks the film.  Shredder’s mutated sidekicks, stand ins for BeBop and Rocksteady, are immediately rendered as comic foils when it’s revealed immediately after they show up on screen, that they’ve got the minds of babies.  It’s been 27 years…still not laughing…

I was originally going to include the first movie in this article.  However, I have plans for it when I eventually get around to listing out the Christmas movies that are vastly overrated.  What I don’t get about Lost in New York, is how it is allowed to be discussed like it’s a completely separate entity in the Home Alone series.  Having spent movie money on this when it came out in 1992, I recall being pissed that I spent my hard earned dollars on a film that was, essentially, a shot-for-shot remake of the original.

Taking out of the conversation that fact that it takes place in Manhattan and not in the John Hughes go-to Chicago suburb, Lost in New York follows the exact same beats as it’s predecessor.

So if you don’t believe me, please feel free to watch both of them back to back.

(and on a side note; I’m amazed that Trump didn’t build up his two second cameo as the reason to why it had such a YUUUUUGE box office haul) 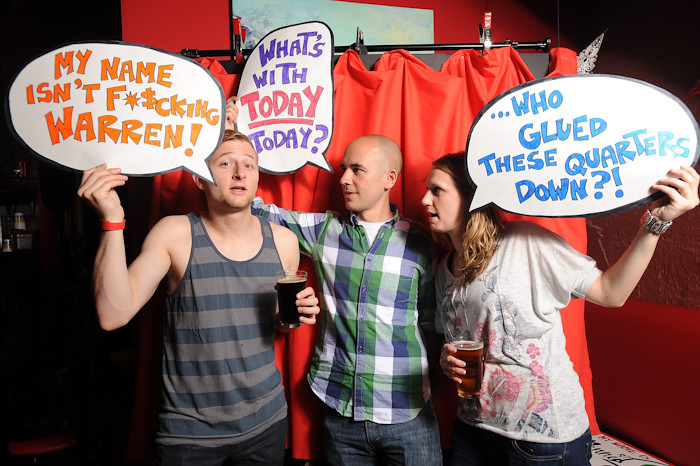 Confession; I was, in the 90’s, and still today, a pretty big Gin Blossoms fan.  In fact, I still have my New Miserable Experience t-shirt from the concert I went to where they were sandwiched on the bill between Cracker and The Spin Doctors.  So when I heard the song “When I Hear It From You,” I was pretty excited for a new album.  Instead, I found out that it was being released on a soundtrack to a new movie from the director of my generation’s “The Catcher in the Rye,” “Pump Up the Volume.”  The movie, “Empire Records,” looked and proved to be, solely an excuse to sell records.
So why does it get so much traction?  The only thing I can think of is that the children of the 90’s, who were, in all likelihood, younger than the characters running the most unrealistic record store in the history of movies, and therefore thought that they were the archetypes that they should ascend to being.

So if you want to be seen as either lonely, angry, or impish, then sure, “Empire Records” is the movie to live your life to.  Otherwise, check out “Pump Up the Volume” to see how insufferably introspective the kids of my generation aspired to be! 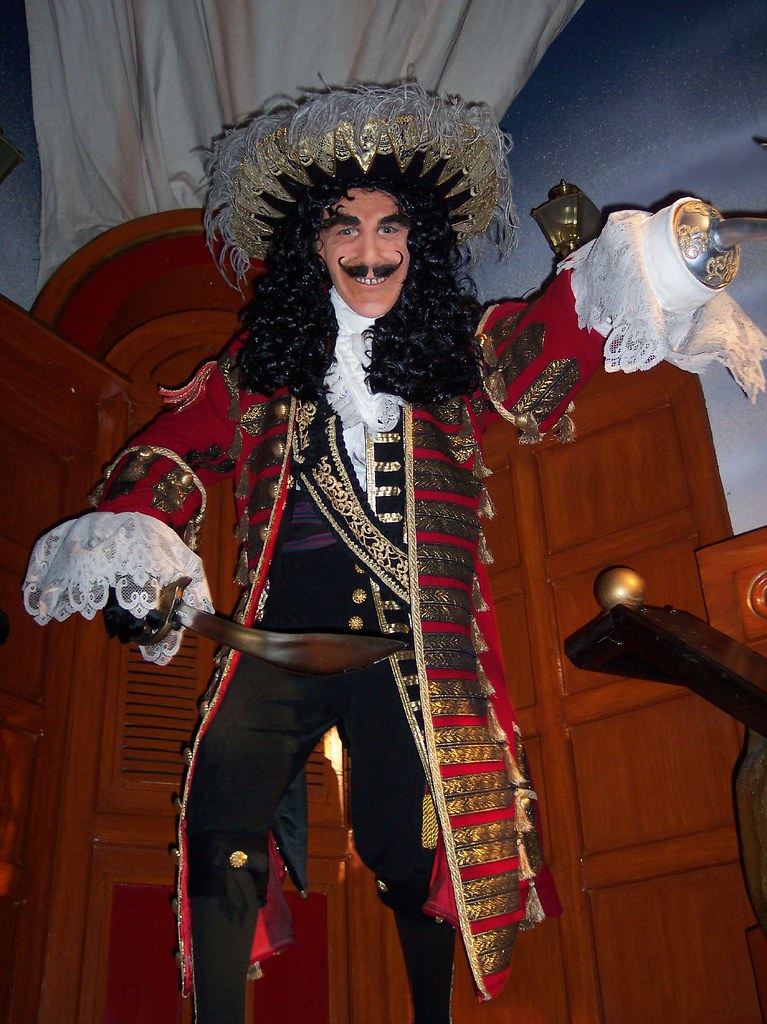 This one is probably gonna be the one that loses me followers.  There are people, many of whom I consider to be my best friends, who adore this movie.  However, I can’t see this version of Peter Pan; The 401K Years as anything more than a product of the films of the early 90’s, where adults were seen as being as one dimensional as the parents in kid’s cereal ads.
“Hook,” which announced a powerhouse cast of Robin Williams, Dustin Hoffman, Julia Roberts, and Bob Hoskins, should have been pretty amazing.  Tackling the Peter Pan/Captain Hook dynamic after Peter grows up and has kids could have had a lot of potential.  However, the issues of this movie are the same issues that plagued the lamer parts of the otherwise pretty funny “City Slickers”; that adults should feel shame that their lives are dedicated to making a comfortable life for their families, but should be completely oblivious to the fact that they are spending their lives making a comfortable life for their families.  I’m a father of two kids.  My wife stays home to care for them.  I also work in excess of 50 hours a week, which includes nights, weekends, and holidays.  There isn’t a moment that my not being there all the time doesn’t twist in my gut.  So to present Peter as an oblivious evil yuppy is where the movie rolls off the tracks.

What hurts most is that “Hook” is directed by Steven Spielberg.  Now this was the pre Jurassic Park/Schindler’s List Spielberg that was giving us snoozers like “Always” so I can understand that this is where his mind was, but does that excuse the excessive schmaltz that comes out of line delivery like “Jack, I had my one happy memory!  And it was you!’?  Probably not…and I still attribute that line to the start of my functional alcoholism….

Visually, “Hook” is beautiful.  But the overall themes, the modernization of the Lost Boys to turn them into human beat boxes, and the Freudian undertones of Hook “just needing a mother” really place this one on the head scratching “classic” list.

…and to Mike G…I’m sorry I trashed one of your favorite movies!

Andy is one of the hosts of Geek Salad Radio, a nerdful podcast  with plenty of roughage. Check them out here.

One thought on “The Controversial Take”