Hello blogosphere! I’ve decided to submit my entry in Jaclyn’s annual Blogtoberfest. Admittedly it’s taken me some time to decide what to write about, and I like to procrastinate, but given that it’s the month of October, there are a plethora of things going on this time of year. Halloween, scary movies, the World Series, NFL and college football in full swing; NBA season openers, costumes, make-up, parties, apple cider, foliage, LEAFERS!!!, hurricanes, and political ads all take place in the month of October.

One other thing that doesn’t normally go on in October is the World Series of Poker Main Event Final Table. It’s typically a November event, but because of the election taking place on Nov. 6th,  the ‘November 9’  became the October 9. 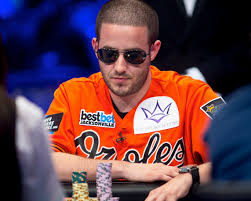 Last night they played down to three and a champion will be crowned tonight (10.30.12). It was hard to figure out who to root for this year. There was only one non-US player (Andras Koroknai from Turkey), and no real crowd favorites. My pick to win it was Greg Merson, a Maryland native, but I also like Jesse Sylvia from West Tisbury, Mass. Hard not to root for the hometown favorite. Both are still alive with 3 players remaining. 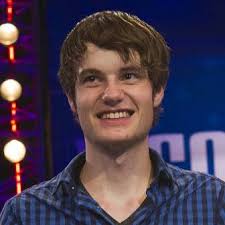 The 3rd representative still grinding is Jake Balsiger, an Arizona State college student. If he wins, he’ll be the youngest ever (21) to win the event. ESPN will be airing the finale tonight. No matter who wins, I think it will be a great story. Greg Merson will be the WSOP Player of the Year if he wins, Jesse Sylvia was the chip leader coming in and it will be nice to have a Mass. native represent, and Balsiger trying to be the youngest champ ever, makes this a particularly interesting and compelling final 3. October is by far my favorite month of the year and the WSOP is just the icing on the cake.

Ben Ragusa is a hard-workin’ poker player and U.S. veteran based in western Mass., blogging about sports, cards, fantasy leagues, and all things nifty at A Ben’s Life.

2 thoughts on “Costumes, Foliage, and the WSOP”