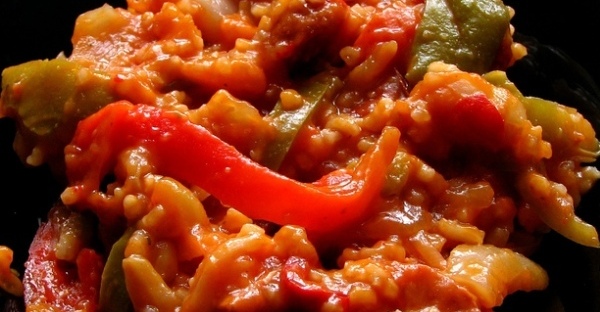 In the spirit of both Blogtoberfest and Foodieism, I culled some of this year’s stranger food-related headlines for another look at October-appropriate Eats.

Recently scientists made headlines by creating a hamburger in a lab that, while genetically identical to beef, isn’t actually beef. It’s more of a muscle-fiber approximation. I’ll let you read more about the Frankenmeat here. 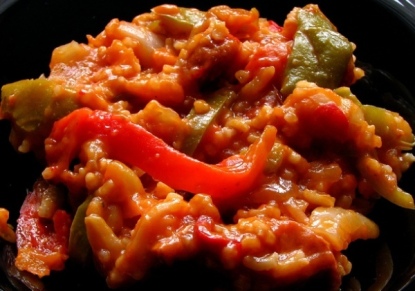 Expedia recently launched Listopedia – basically, a series of travel Bucket Lists – and one of the many collections of randomness included is strange foods around the world. My choice for something that’s a little stomach churning but still within my foodie comfort zone (theoretically) is The Veres.

The Veres is a Hungarian dish with origins somewhere around the 15th century and was once considered a meal of the poor. Apparently, it’s a tasty concoction of pig’s blood, boiled until cooked and minced like meat, then added to other boiled pig organs, also minced, and pieces of boiled bacon. I mean, there’s bacon, so I guess I could give it a try.

The Home of the Ninja

Leave it to Japan to make American fast food look even stranger than it already does. Burger King Japan has just unveiled its ‘Kuro Ninja‘ burger, a mish-mash of American and Japanese flavors and a giant, wagging tongue protruding out of its jet-black bun.

I actually had to surf through a few different sites to get a complete list of ingredients; as far as I can manage, this limited-release creation consists of wide-size hash browns, onions, lettuce, mayonnaise, a Whopper patty, a huge slab of “King’s Bacon,” and a blackish brown Chaliapin sauce — which I learned is a garlic-onion soy sauce named after a Russian opera singer — on a bun made black by mixing bamboo charcoal into the dough.

I Only have Eyes for You… and ears, and a brain, maybe an appendix

I’m all about accuracy when it comes to the English language, so I appreciate a chocolatier who makes an anatomically correct candy heart … and plenty of other body parts. Visual Anatomy Limited offers a wide array of organs, limbs, and appendages in white, dark, and milk chocolate. The business also proves that we truly can do anything we set our minds to… VAL is a one-woman outfit specializing in medical illustrations, which led to molds of chocolates…if a chocolate colon isn’t a niche, I don’t know what is.