Speaking as a writer, horror film franchises are great in one particular respect, because they give writers and directors a lot of room to develop a story.

Granted, not all of them take that opportunity, but some do. And even when they don’t, it’s fun to track the evolution of the antagonist, be it an old-school Michael Myers or a new-age Toby.

It can even be fun to pick apart the inevitable plot holes that arise when a movie franchise reaches, say, its tenth installment… just don’t get me started on Halloween III.

My favorite franchises are those I can sink my teeth into (sorry) in terms of an ongoing, intriguing plot line or, conversely, sheer, marathon will-to-live. That is to say I can appreciate the many bloody nuances of Saw as much as I can the longevity of Jason Voorhees. Even after dissolving in an sub-city acid bath, he persisted for 11 movies plus a remake.

What I don’t count among my favorite franchises are blockbusters with a string of crummy sequels after them, a la The Exorcist or Psycho. There’s got to be a little bit of effort – or at least some cache – attached to any sequels.

That said, here are my top four: 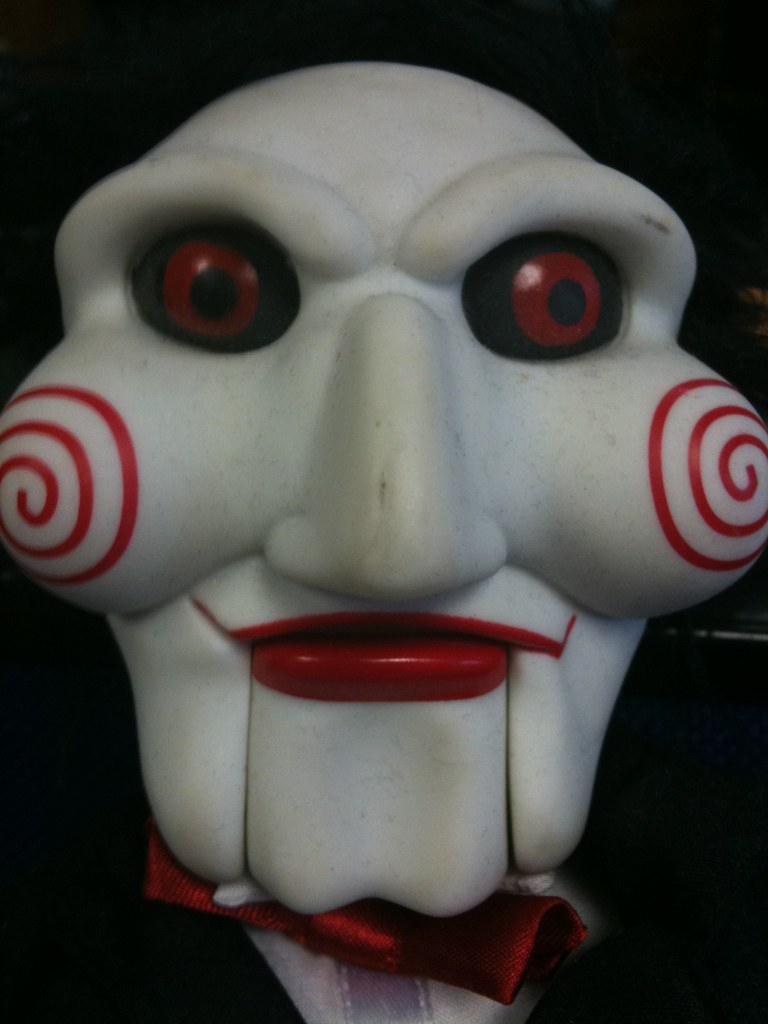 1. Saw – Yes, they’re disgusting and gory, but the plot actually connects seamlessly from film to film — at its best in the first three films, but the cross-overs are still there when we arrive at Saw 3D (the seventh installment). John Kramer, aka Jigsaw, actually had human emotions and reasons for his lunacy, and that’s not often seen in horror films. Fun bonus – Cary Elwes returning six films in, because oh yeah – he didn’t die in Saw I!

2. Paranormal Activity – People complain that the these movies are too similar from film to film, but I argue that it’s just this particular franchise’s schtick, and they all need one. Who would Freddy be without his knife-fingered glove? Just some dude in a bad sweater and a fedora, that’s who. Paranormal Activity takes something very timely — our obsession as a culture to document everything we do — and turns it into a horror series that’s been successful four times over now, with a fifth movie in the works. Plus, this is a series that has mastered the ‘one big jump…’ that moment when the entire theater loses its collective shiz due to a great effect or moment in a movie. There’s been at least one in every PA to date, and that’s something.

4. Halloween – Yes, I complain about Halloween III — what happened there? Did the entire production crew have a stroke at once? — but it’s the franchise that started all franchises, in my opinion. Some argue Psycho or Night of the Living Dead as earlier, better contenders, but I see those more as reboots than legitimate sequels. The third Halloween installment (which, if you haven’t gathered already, deviated completely from the Michael Myers storyline) isn’t the only plot redirect in this series either, but at least the various writers and directors kept trying to get it right. And you know what? After ten Halloween movies, the latest two directed by Rob Zombie, I still don’t think anyone’s gotten it completely right. That means the playing field is still open. Have at it, masked clown-murderer fans of the world.

There are several other Top Horror Franchise lists, including this one at AMC.